I was in Asheville and out of all the breweries, one pizza joint stood out: ALL SOULS. It’s a little ways from downtown but worth the trek. 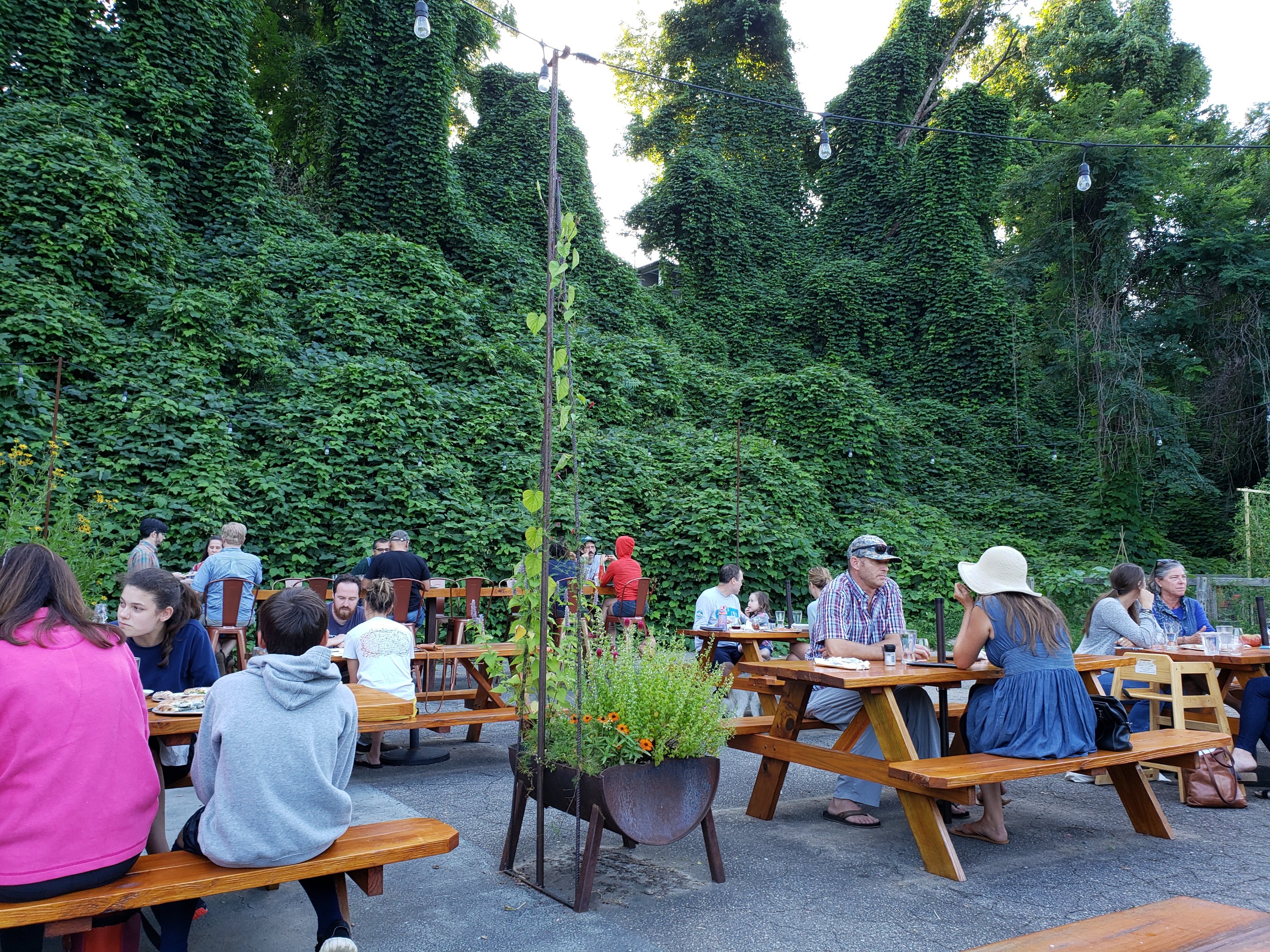 The ambiance was lovely, but the picnic bench we sat on was designed for people with very short legs… It was very low to the ground. But the pizza is what drew me here, so I didn’t let the low table get me down. 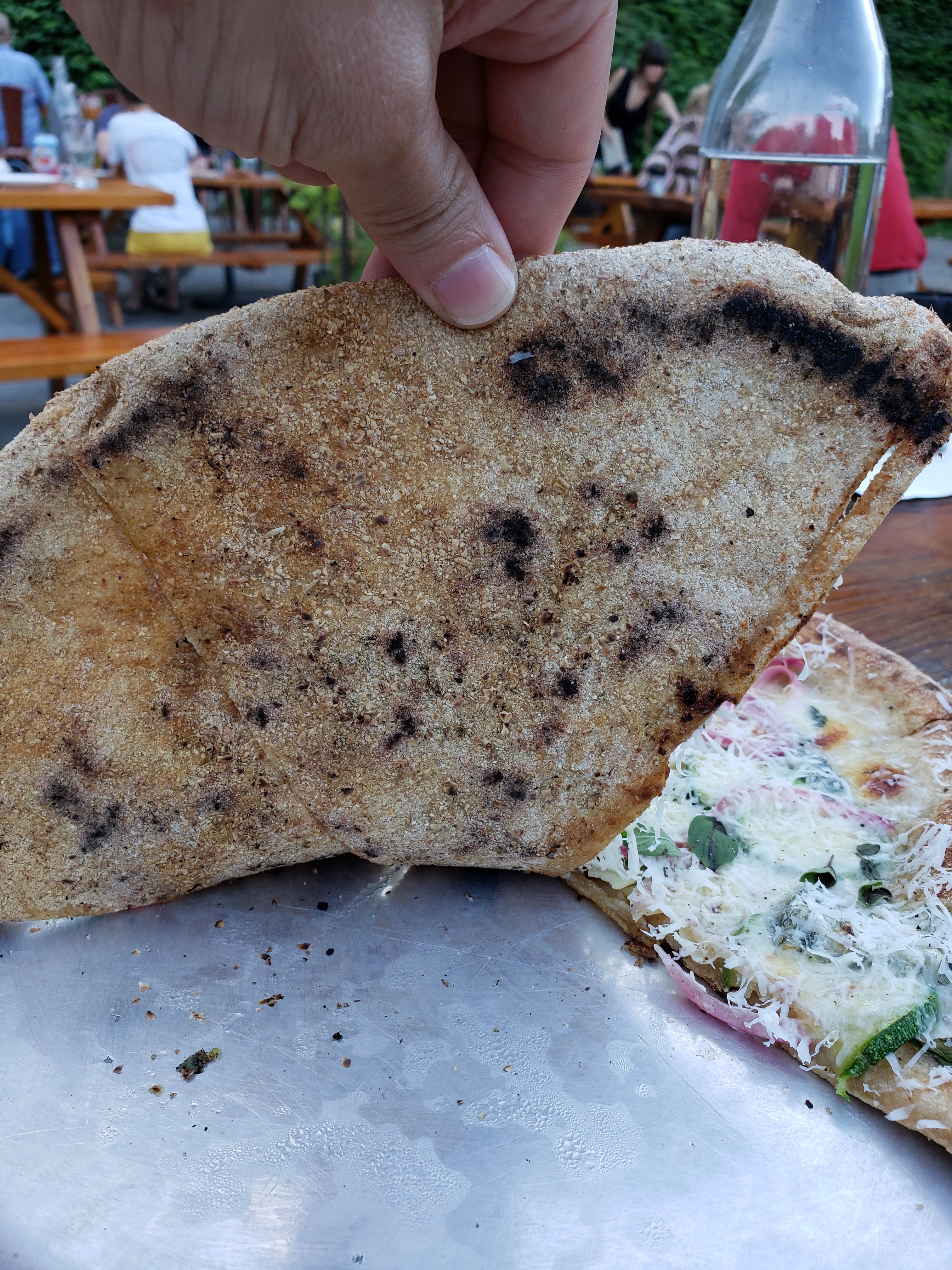 Both pies were surprisingly good, but alas, not perfect. 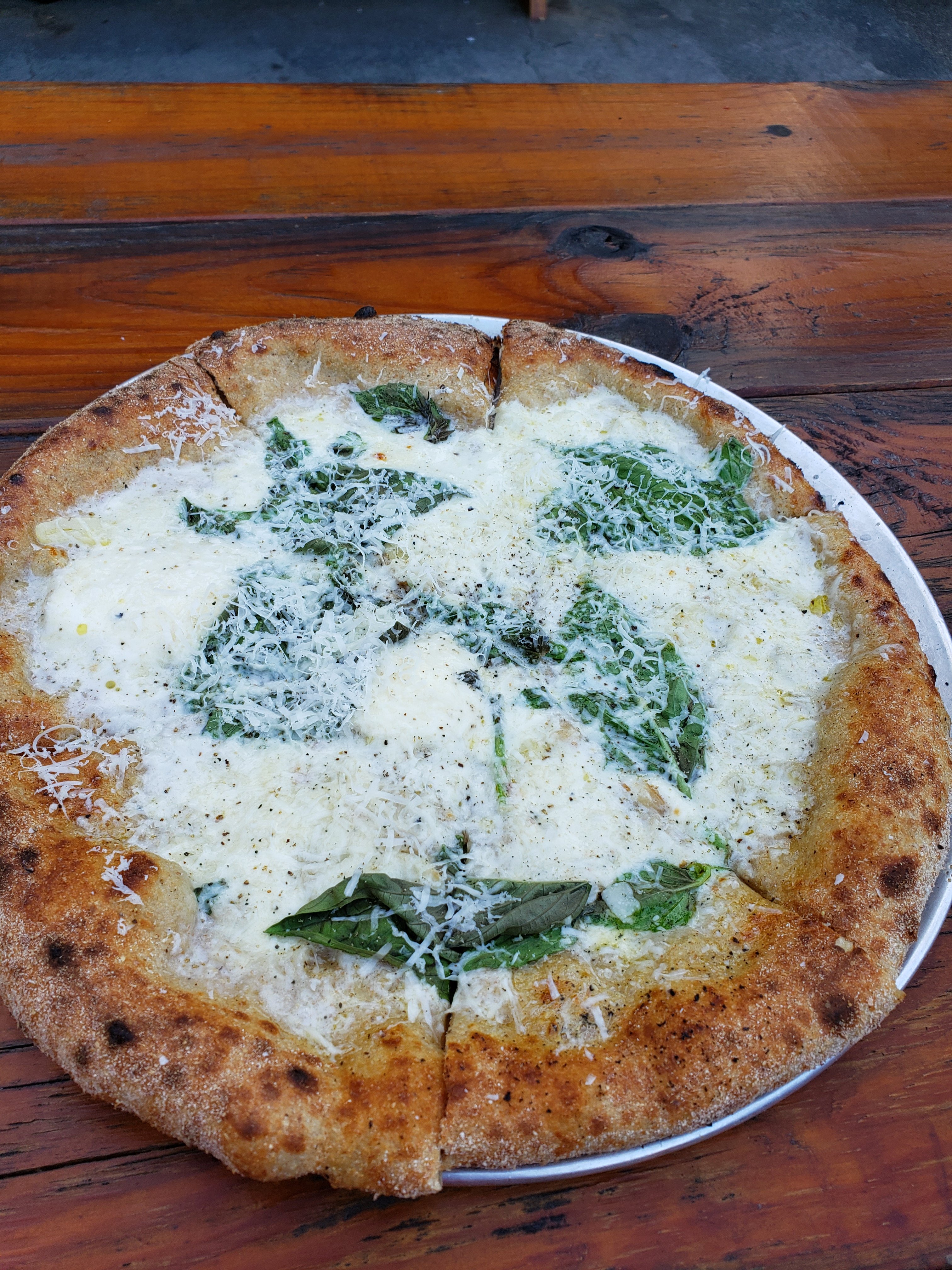 The Basil, Garlic, Creme, Mozzarella pizza was so good and so simple. I give it 7/8 slices! It had a great flavor and decadent sauce, but a bit too much sauce in my opinion. The bottom of the crust got soggy, which is just a travesty considering how good it was. Also, I think a bit of pepper or chili would also go a long way, so definitely shake in the red flakes if you order this one. 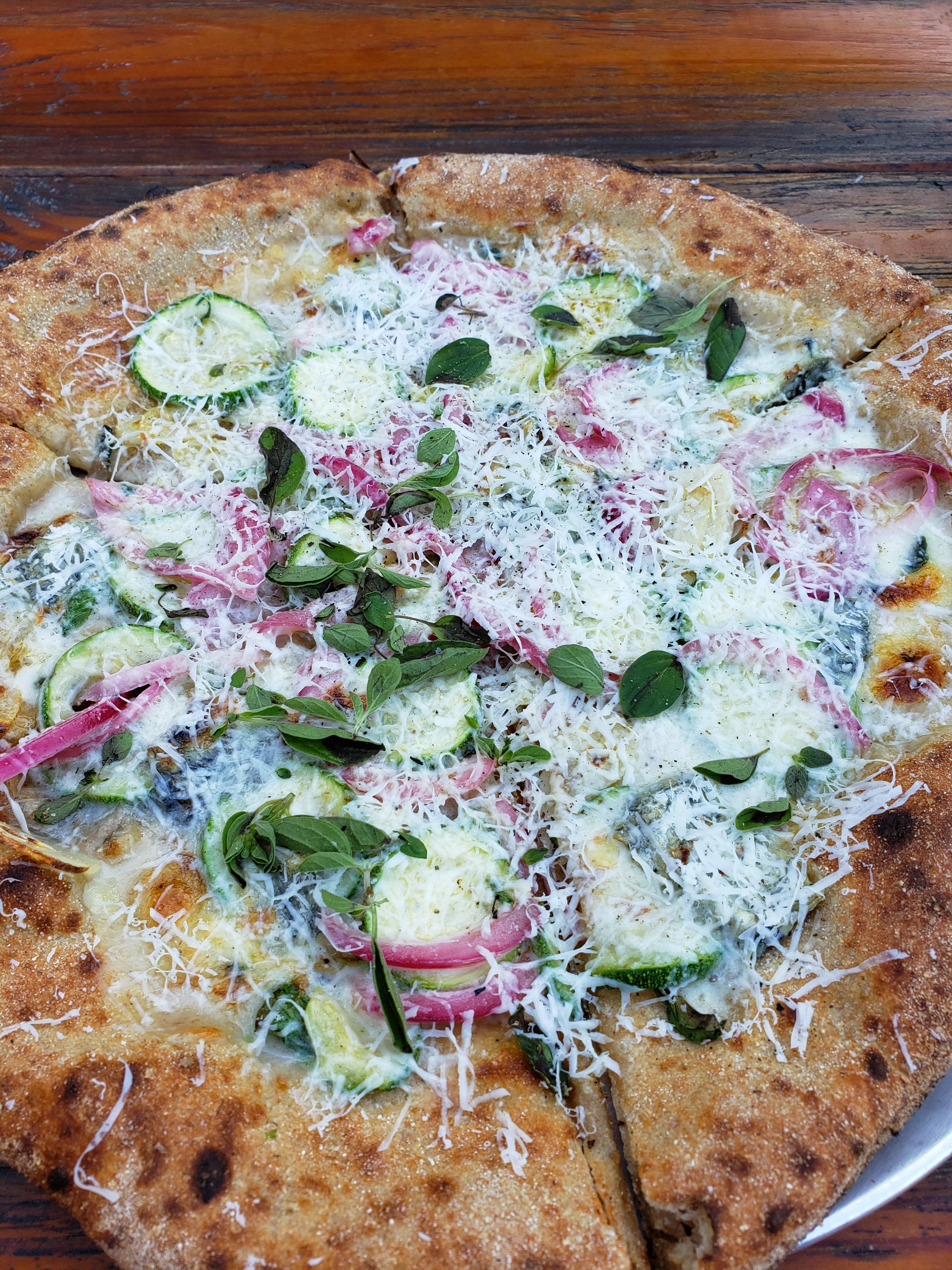 The Zucchini, Garlic, Picked Onion, Robiola pizza took what the other pie lacked, and added too much. It also gets a 7/8. The robiola cheese was a little funky, and it was great on the pizza-the first time I’ve had it as a topping. The pickled onions were a nice contrast to the slightly stinky cheese, adding both a crunch and sweetness. Sadly, the zucchini, which was listed first as the ingredient in the title, added little flavor, only a modicum of complexity. Over all, the onion was good but a bit excessive, and the zucchini was wasted.

I think it would be easy to create a 8/8 pie out of these toppings, by either adding a little to the simpler pie or removing some from the other, (and having a little less of the super tasty sauce).

So, in conclusion: sit at a tall bench, enjoy a unique pizza, and don’t be afraid to customize!